Alberto Palma was born in 1968 in Granada, Spain. BSc/MSc/PhD in Physics from University of Granada, Spain in 1991/1991/1995. Currently leading of multidisciplinary research group ECsens since 2000 at the Department of Electronics and Computer Technology at University of Granada where I am full professor since 2011. Research current interests: physical and chemical sensors, electronic instrumentation, flexible and printed electronics, and microfluidics. In November 1991, when I joint to the Department of Electronics and Computer Technology at the UGR, the research lines of the research group focused on the characterization, modelling and simulation of electronic devices, so I was part of both the experimental and theoretical study of the various effects that deep centres have in semiconductor structures. In the 2000/2001 academic year, with the establishment of a collaboration (which is currently at full capacity) with the group of chemical sensors of Prof. Capitan Vallvey, I started a new line within the research group dedicated to the design and characterization of sensors and portable instrumentation with applications in various fields (dosimetry, biomedicine, environment, analytical chemistry, etc). This line currently has an interdisciplinary group of more than 20 researchers in the fields of Electronics, Chemistry, Telecommunications and Information Technology. An updated list with my publications can be got from Google scholar or Scopus. I have participated/led in more than 30 research projects and contracts, supervised more than 10 PhD, co-inventor of 5 patents and cofounder and technologic advisor of the biomedical instrumentation company Innitius since 2018.

Antonio Lallena was born in 1958, in Jaén, Spain. She has received B.Sc. degree and M.Sc. degrees in Electronics and Microsystems at the Faculty of Electronic Engineering, University of Niš, Serbia. She has done part of her master studies at the University of Balearic Islands, Palma de Mallorca, Spain. Currently she is a PhD student in the area of applied physics. After her master studies she received an award for Student of the year 2018/19. Her research interests include applied physics, optics and optoelectronics, gas filled surge arresters as well as mathematical statistics applied to these fields. She has experience with MATLAB in digital image processing, Origin data analysis software, PCB design, PIC microcontrollers and Ansys engineering simulation and 3D design software. 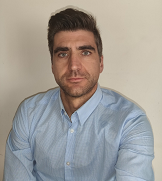 Miguel Carvajal was born in Granada, Spain, in 1977. He received the M.Sc. degree in physics and the M.Sc. degree in electronic engineering from the University of Granada, in 2000 and 2002, respectively, and the Ph.D. degree in electronic engineering from the University of Granada, in 2008. He currently works as a tenured Professor with the University of Granada. His research interests include the effects of irradiation and post-irradiation in MOSFET transistors, RFID tags with sensor capabilities, gas sensor and electrochemiluminescent sensors, and their applications to handheld instrumentation, belonging to the multidisciplinary research group ECsens since 2000. He has been working in dosimetry since 2003, in fact the aim of his PhD dissertation was to develop a dosimetric system based on general propose commercial MOSFETs, non RADFET (specially designed for radiation detection), including MonteCarlo simulations. He has supervised three PhD Thesis, one of them in this area and currently is supervising another more. Recently has obtained funds from Junta de Andalucía (FEDER founds, 29400 EUR) to develop an integral system for dosimetry based on MOSFETs and photodiodes for photon beams. He has published more than 45 scientific articles and 4 patents, achieving a h index of 19 and i10 of 29. He has experience in technology and knowledge transfer in fact his is founder and scientific advisor of Innituis S.L. that is a spin-off that develops a system to measure the cervix neck elasticity. In addition, participate in several contracts with different companies to develop ad-hoc electronic instrumentation.

Damián Guirado is a Ph. D. in Physics from the University of Granada and a specialist in hospital radiophysics (the official title for medical physics in Spain). He has combined his clinical activity, as a healthcare specialist, with research activity; developing his professional career at the same time that he has participated in several research projects with an orientation according to this circumstance: the clinical application of their results. Thus, collaborating with research groups from the University of Granada (Dr. Lallena, Dr. Anguiano, Dr. Palma and Dr. Carvajal) and Seville (Dr. Gallardo), with companies in the dosimetry sector (PTW) and with manufacturers of electron accelerators for clinical use (Siemens), he has contributed to the improvement of the procedures applied in the clinical practice of radiotherapy. Currently he is the coordinator of the Medical Physics group of the Institute of Biosanitary Research of Granada (Ibs. Granada). The basic areas in which he carries out his clinical and research activities are dosimetry, clinical radiobiology and quality control in radiological facilities (radiotherapy and nuclear medicine). He has published 65 papers, participated in 14 research projects as a collaborating researcher, in 2 as the main researcher, and he has supervised two Ph. D. theses and 17 master theses. He has been director of the Spanish Journal of Medical Physics for four years, he has participated in two working groups and coordinated another one within the Spanish Society of Medical Physics (SEFM). Currently, he is the president of the SEFM. In his hospital activity, he is the tutor for residents of the radiophysics speciality and he contributes promoting research activities in the areas of medical physics in their training. 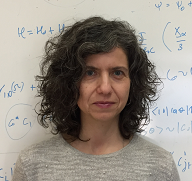 Marta Anguiano graduated in Physics from the University of Granada. After that, she moved in 1996 to the Department of Theoretical Physics in the Universidad Autónoma de Madrid to do the PhD in the group of Prof. L. Egido. she began to work in topics related to nuclear structure, in particular in models beyond mean-field including restoration of symmetries to study superdeformed nuclei using effective interactions of finite range and density dependent. In particular, her PhD was about particle number restoration in the HFB model using Gogny forces. In 2000, after finished her PhD, she moved to the Department of Physics in the University of Lecce (Italy) to work with the group of Prof. Giampaolo Co’. In that time, she worked in topics related to nuclear structure and scattering of electro-weak probes with nuclei. In 2004, after a brief incursion in the Medical Physic field thanks to a research position in the Instituto de Física Aplicada (CSIC, Madrid) from February 2003 to August 2004, she moved to Granada with a five years position, getting in 2009 a permanent one (as associate profesor). Since 2004 her research work is mainly related with two topics: theoretical nuclear physics and medical physics. In the first one, she collaborates mainly with Dr. A.M. Lallena (Univ. Granada), Dra. De Donno (Univ. Salento, Italy), Prof. Co’ (Univ. Salento, Italy) and recently with Dra. Grasso (IN2P3, Orsay, France) and R. Bernard (CEA, France). In the last few years we have been involved in developing a calculation scheme Hartree-Fock plus RPA using a general effective nucleon-nucleon interaction of finite range type and including tensor terms. Calculations of nuclear excited states have been carried out by our group in a fully self-consistent manner and the effect of tensor contributions on these excited states has been studied. They have extended the model to include the treatment of the continuum (CRPA). In medical physics she has been involved in some problems related to the transport of radiation in matter and she has supervised a thesis in the field of X-ray dosimetry. In general, the problems that we have analyzed have to do with the application of Monte Carlo techniques to specific situations of clinical interest. Together with the Prof. A. M. Lallena, they have collaborated with the Departamento de Electrónica of Univ. Granada (Dr. M.A. Carvajal, A. Palma and S. Martínez-García) to develop a new MOSFET based dosimetry system. They collaborate with some radio-physicists working at various hospitals in Granada and Málaga. In the last years, in collaboration with W. González and A.M. Lallena (Univ. Granada), they have proposed a photon source model for clinical heads in photon mode and another one for the electron contamination. These results are part of the doctoral thesis (April 2015) of W. González. In 2018 she has spent three months in the group of Dr. Paganetti in the MGH (Boston, USA), expert in the field of protontherapy, thanks to a Fulbright grant.
List of publications 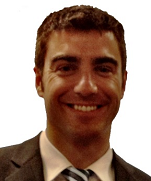 BSc and PhD in Electronics Engineering from University of Granada, Spain in 2004 and 2009. Associate professor at the Department of Electronics and Computer Technology at University of Granada since 2012. Research current interests: physical and chemical sensors, electronic instrumentation, flexible and printed electronics, and microfluidics. He has participated in 12 regional and national and he has been principal investigator of several local and regional research projects. His research activity translates into more than 30 articles published in highly relevant scientific journals. He has supervised 2 doctoral thesis. An updated list with his publications can be got from Google scholar. 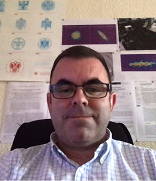 Daniel Rodríguez did his PhD work at GSI-Darmstadt (Apr1999 - Dec2003) building up the SHIPTRAP (Penning-trap) facility for mass measurements on superheavy elements (SHEs), and occasionally he was at CERN for mass measurements with ISOLTRAP. He defended his PhD thesis in November 2003 at the IFIC-CSIC in Valencia. In January 2004, he moved to Caen (France) to work as post-doc at LPC (Jan2004 - Sep2006), where he was in-charge of the commissioning of an ion trap facility at GANIL. In France, he had also an individual Marie Curie fellowship (2005 -2006). Back to Spain he joined the (Penning-trap) MATS collaboration and he took over the coordination of the Technical Design Re-port (TDR) of this facility and LaSpec (laser spectroscopy). Both facilities gather more than 100 scientists, including the leading ones in the field. The TDR was approved by the FAIR steering committee in May 2010 and it was published in a review article in 2010. Thereafter he was elected spokesperson of the MATS collaboration twice, for a total period from December 2010 to March 2015. In Spain he has been Juan de la Cierva fellow and Ramon y Cajal fellow until he became Profesor Titular de Universidad at the UGR in May 2012. He started as principal investigator his first project in January 2011, funded by the Span-ish Government, although the major boost for the ion trap activity at the UGR came when he was awarded with a Starting Grant from the European Research Council. He started to build the laboratory and the different systems, with graduate students, including the formation on state-of-the-art technologies. He consider himself a pioneer on introducing trapped ions quantum optics techniques for precision nuclear physics experiments. His research has involved many developments, one of them carried out for the first time by a Spanish company spin-off of the UGR. Since 2011 he has been PI of several research and infrastructure projects. In 2020 he has got funding, being PI, from the Regional Government and from the Spanish Government (in both cases the resolution is still provisional). He is also PI of an infrastructure project (provisional resolution last June). Due to the nature and the potential of the Ion Traps and Laser Laboratory, distinguished as “Laboratorio Singular en Tecnologias Avanzadas”, of the UGR, he has been involved in the activities promoted by the Spanish Network on Quantum Information and Quantum Technologies (RITCE) in the period 2017-2019 and in the new network RITCE-2 for the period 2020-2021. I ana director of the laboratory since March 2017, and he works hard to place it as a National benchmark. He is one of the working group leaders in the European COST action CA17113 on Trapped Ions: Progress in classical and quantum applications.
List of publications.